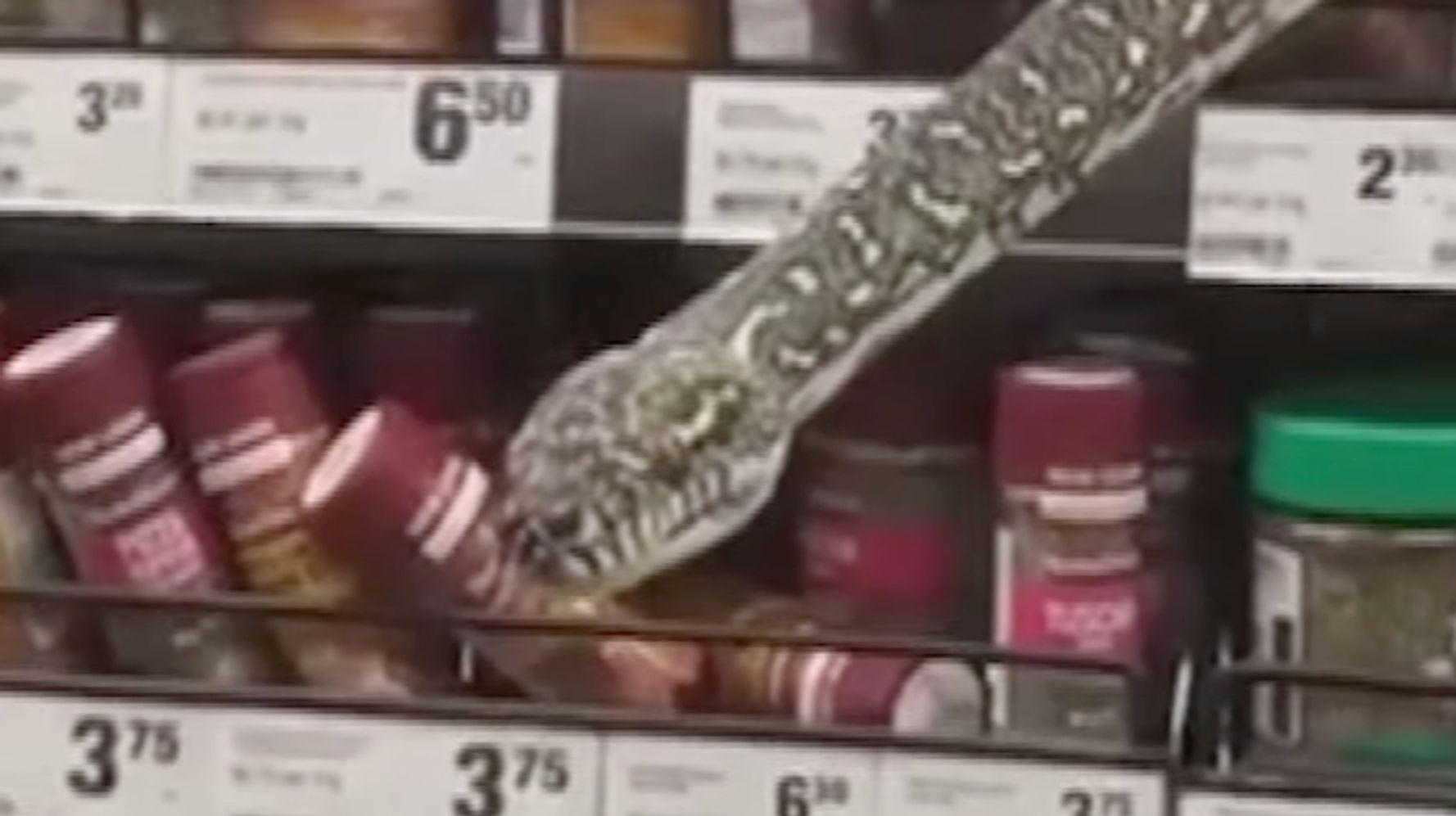 Appears like dinner’s going to be bland this week!

Consumers in search of seasoning at a grocery store in Australia on Monday needed to deal with a big snake that had taken up residence within the herbs and spices part.

The python was seen on video peeking its head out of a shelf on the Woolworths retailer in Glenorie, a suburb northwest of Sydney.

“I used to be searching and turned to my left and he had come out and his face was about 20cm from mine, simply taking a look at me,” Helaina Alati, a consumer, informed 7 Information.

By a stroke of excellent fortune, Alati was a former volunteer snake catcher, and supplied to take away the intruder.

“It was tremendous mellow, not aggressive in any respect. I’m guessing he got here down from the ceiling. He was about 10 ft lengthy” she informed 7 Information.

The grocery store chain confirmed it had been visited by the “slippery and uncommon buyer.”

“As soon as it was sighted, our crew members reacted shortly and calmly to cordon off the world for the protection of consumers,” a spokesperson informed HuffPost. “A snake catcher eliminated the slithery buyer, who was launched safely into bushland shortly after.”

It’s not recognized how the snake obtained into the shop.