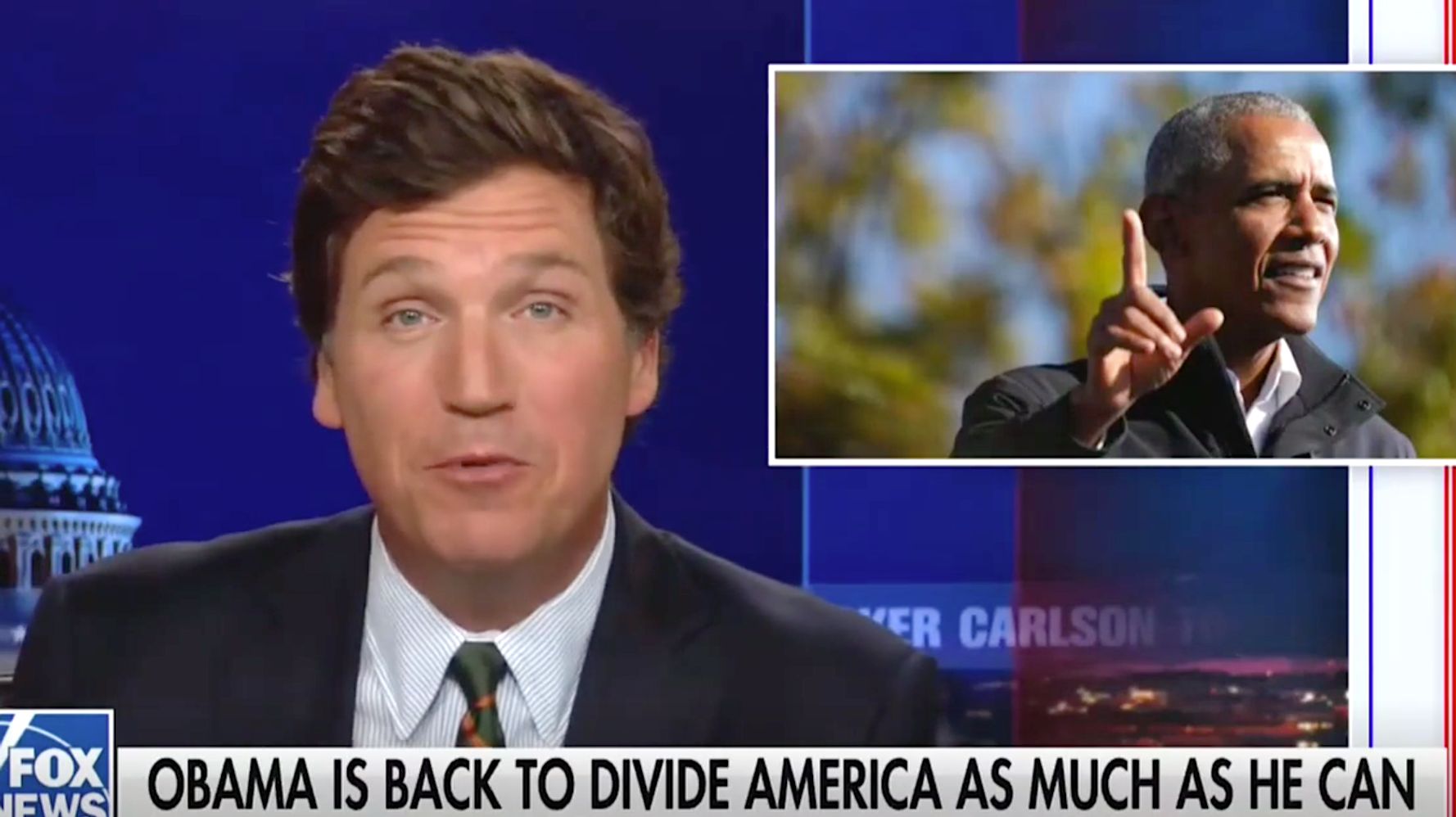 Tucker Carlson on Tuesday once more confirmed he’s the king of hypocrisy when he bombastically declared that former President Barack Obama is “a hater.”

Carlson — who routinely spews divisive, anti-immigrant and white nationalist rhetoric on his broadly watched prime time present on Fox Information — railed in opposition to Obama’s criticism of “sure right-wing media venues” in his Monday interview with CNN’s Anderson Cooper.

Obama lamented how such organizations “monetize and capitalize on stoking the worry and resentment of a white inhabitants that’s witnessing a altering America and seeing demographic modifications, and do every part they’ll to provide folks a way that their lifestyle is threatened and that individuals are attempting to benefit from them.”

“That man is a hater. For actual,” Carlson added, responding to Obama’s mockery of the eye that conservatives are presently giving to essential race principle over different points affecting the nation.

How do they are saying this stuff with a straight face?